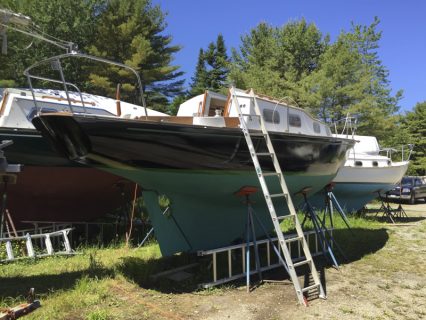 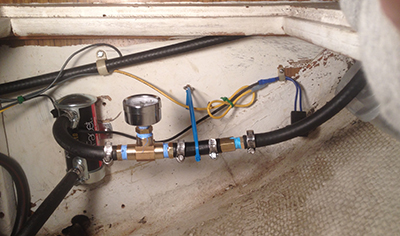 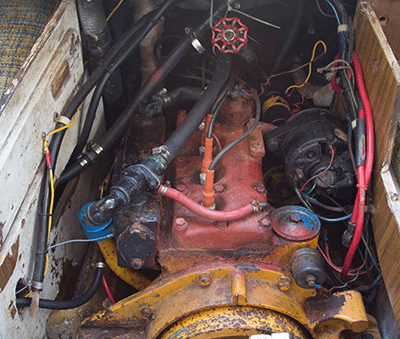 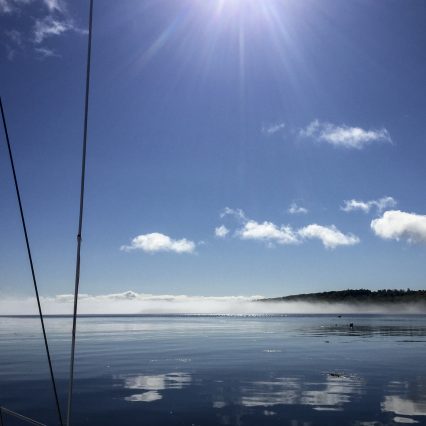 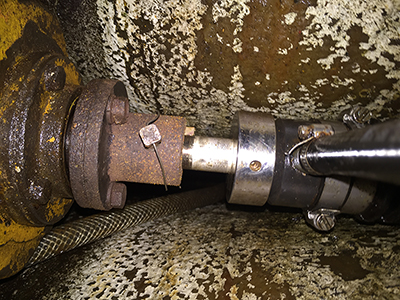 April 18, 2019 – Spring is always slower to arrive than I would hope, but my Spring projects are slowly getting lined up. In particular, I’ve hauled my B27 each of the last three years and had the mast unstepped so I could evaluate and solve compression below the mast step. A perfectly accurate description of the problem is below (LARK is a dinette model). This year seems to be the year I finally get to that job. My boat is in a yard in Camden, Maine 1½ hours drive up the coast, which makes for a very long but doable work day. I visited two weeks ago and found thick piles of ice between boats but was able to go onboard and start to make a plan and start a documentation page: https://teeterbibber.com/lark/notes-on-mast-step-compression.html

The mast support on the B27 depends on the interior layout. The dinette model uses the “Bristol” style of mast support (also used on the B29, B30 and some other first gen models) that employs the head door frame as an arch support for the mast. The B27 cabin style that has opposing seatees uses the “Pearson” style of a support arch built into the the underside of the cabintop and using the two forward (head and hanging locker) bulkheads for vertical support. This arch style was common in early Pearsons including the Triton. Whichever style you have, if your mast is similar to the B29’s mast it has an open masthead, allowing rain water to run down the inside of the mast and eventually rot the support system. You should also inspect under the cabin sole where the mast supports (either style) tie into the floors of the keel. The movement is coming from one or the other area.  (http://www.cruisersforum.com/forums/f55/adding-support-post-under-mast-38687-2.html)