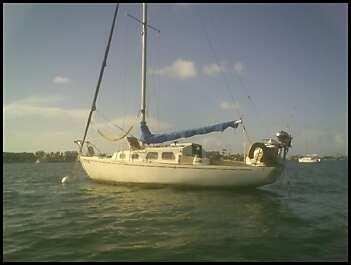 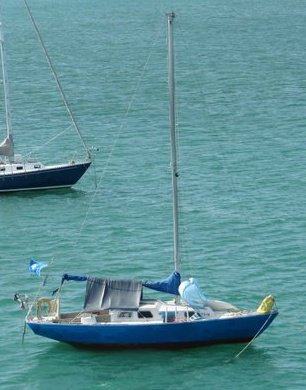 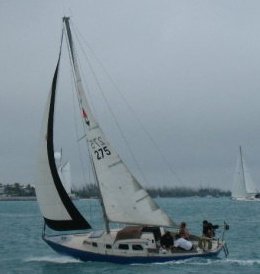 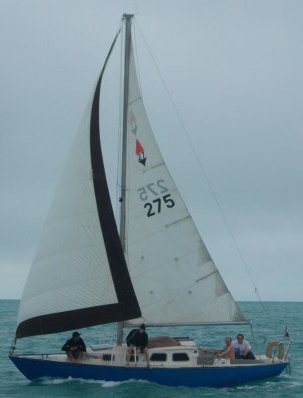 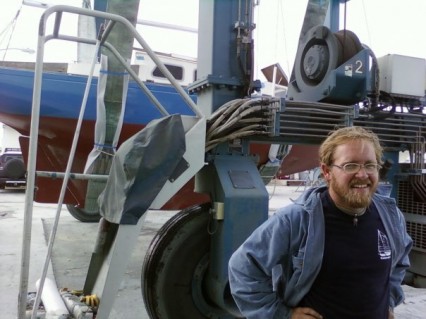 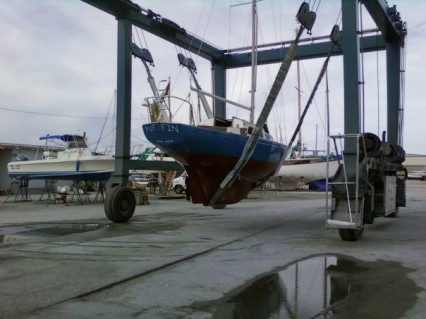 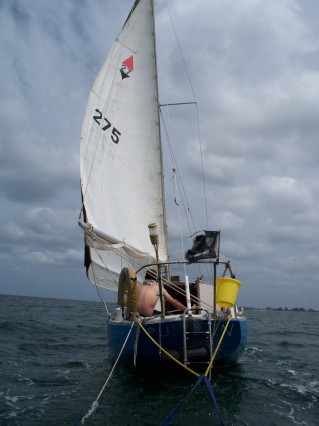 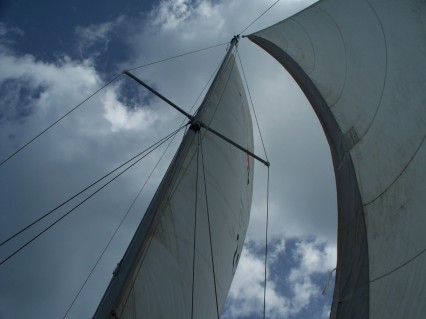 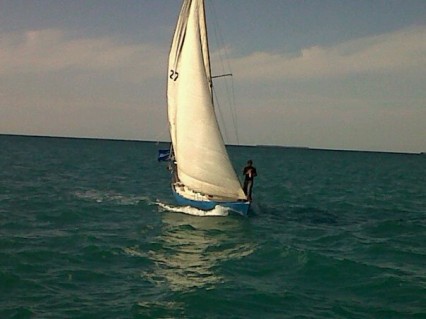 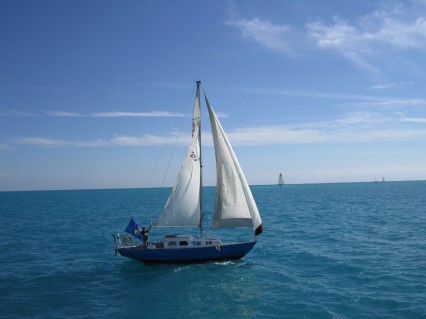 July 19, 2010 – She was named Alison Lee from Atlantic Highlands when I [Jonathan King] bought her, heard she was brought south to the keys in 1996

The sails onboard are:

February 11, 2011 – She is a lot faster than her theoritical hull speed, she easily travels at 5-6 knots, will do 7-8 knots with a 140% genoa, and i have had her surfing with a double reefed main and storm jib hitting 10.2 knots. she doesn’t plane downwind, but seems to sink down and then shudder as she speeds up, its pretty damn fun. i also found that she will only heel till she buries the rail and water starts coming over the cockpit coaing, at which point the rudder stalls and the tiller goes limp and then she turns into the wind. i also found that you can heave to by dropping the jib, double reefing the main with the sheet tight and the helm lashed amidships, she will only do about 1-1.5 knots, so then you can go make some food, sleep, or just wait out bad weather. she is kinda finicky downwind, but on every other tack you can tie off the tiller and let her sail herself quite well.