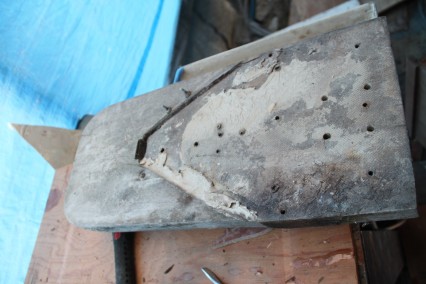 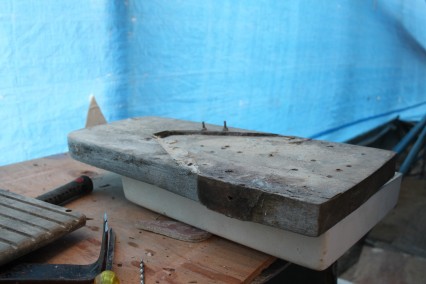 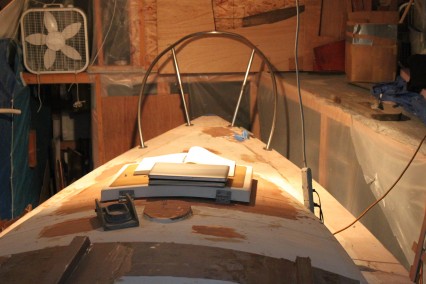 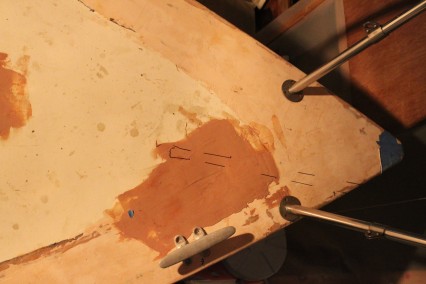 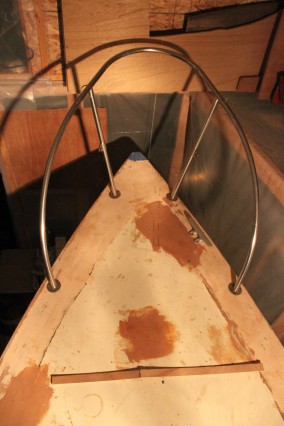 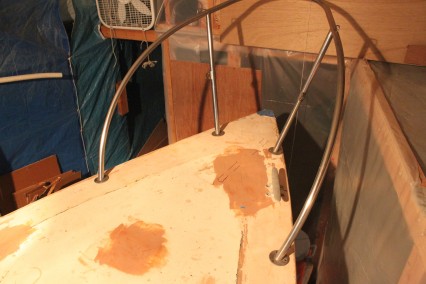 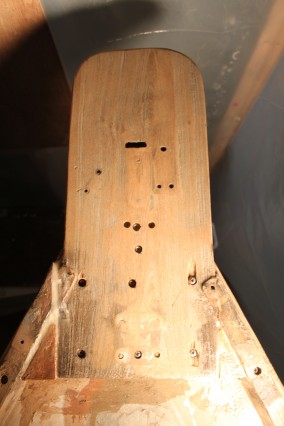 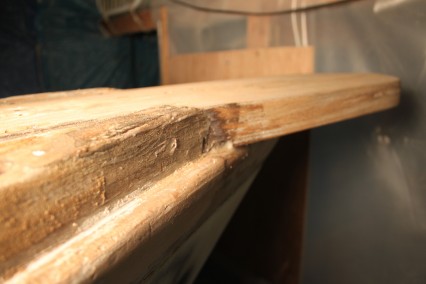 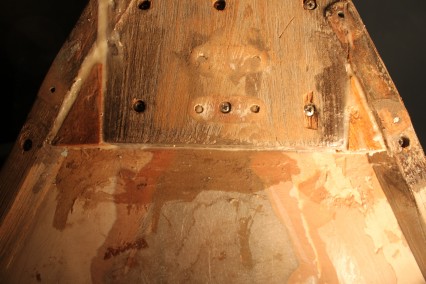 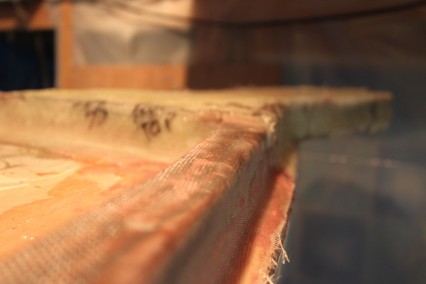 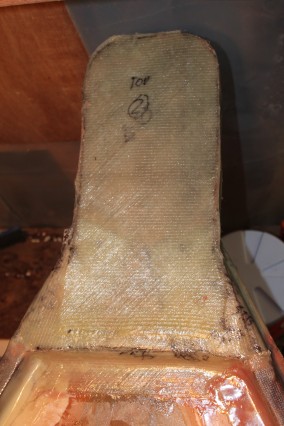 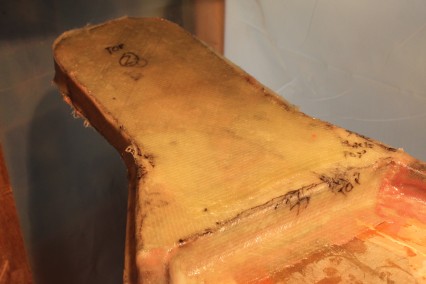 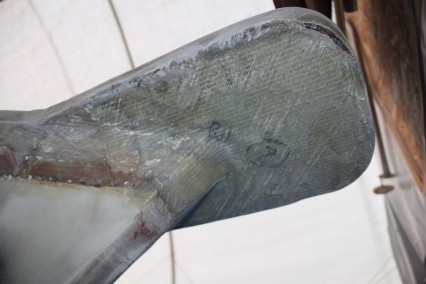 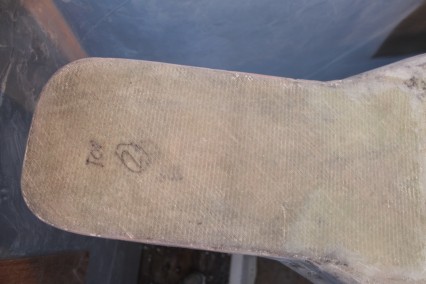 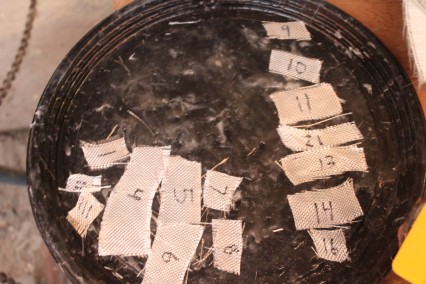 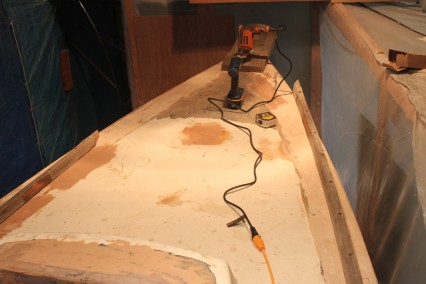 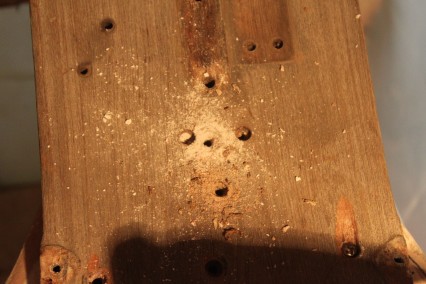 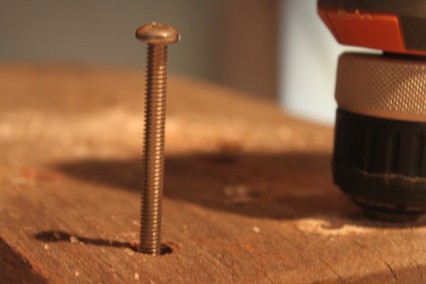 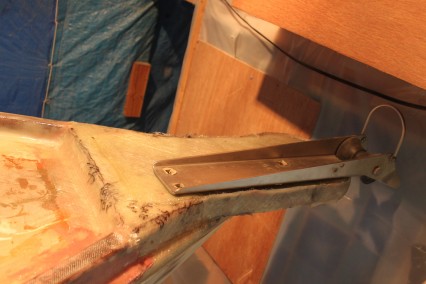 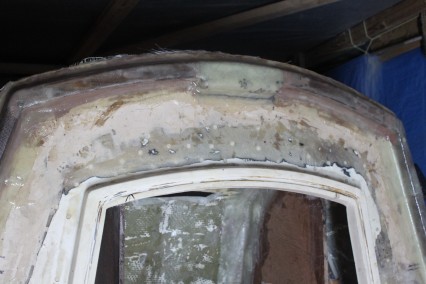 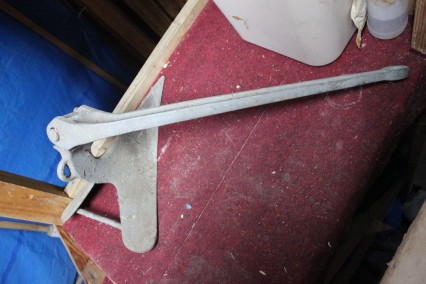 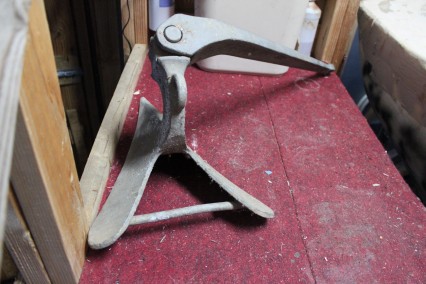 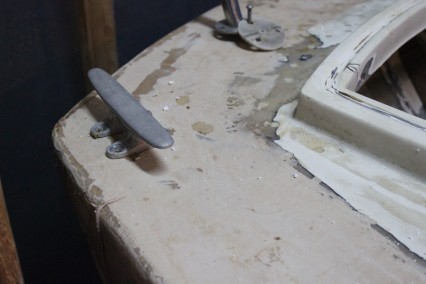 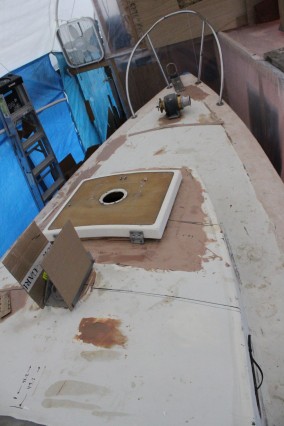 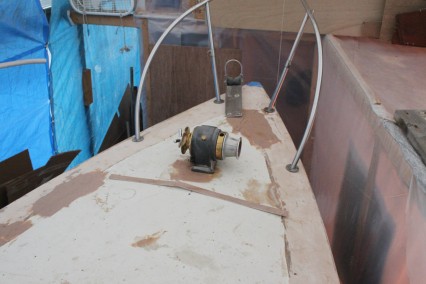 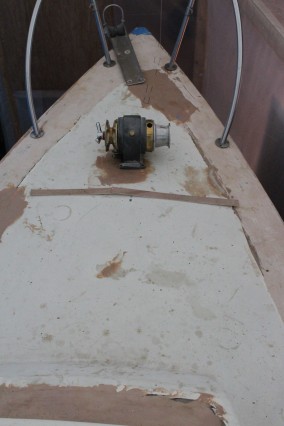 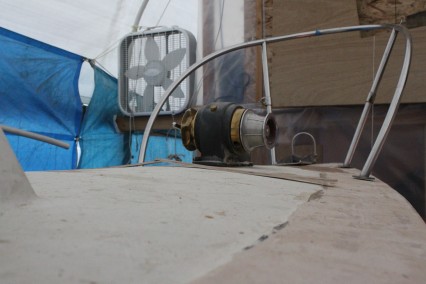 I did some final glasswork on the bow platform this past weekend.  I noticed the bow platform had a slight slope on the left side, so I added an extra piece of glass there.  I also found that glassing around the corners of the platform to be a little difficult, and therefore had a few air bubbles along the corners.  To remedy this, I used a chisel to carve out these air bubbles, then filled them with thickener and installed a small fiberglass patch over the thickened hole.  After the fiberglass was tacky, I then faired the bow platform.  So far, I’m happy with how it turned out for it’s first fairing and there will be more sanding/fairing to come!

I also t fit a test bow roller on the newly installed bow platform.  I think I’ll be able to fit two anchor rollers on the bow platform nicely.  It will be a tight fit, but there’s enough room.  I’ve also installed a block on the stern toe rail.  This will allow me to mount a stern anchor roller for my stern anchor locker.  I’ll likely have more information about this project as I move to install these two final pieces, but for now, I’ve completed preparation work for the future installation of the anchor rollers.  Here’s an image of the bow platform fit with a candidate bow roller: Image showing a test fit of a bow roller similar to the one I might use.

I’ve just installed the bow platform which means I will now be able to size my bow rollers and anchors for the platform.  I also installed the aft block for a stern bow roller.  All I need to do now is to mount the stern bow roller that is sized for the block, and it will easily feed line into the future stern chain locker hawse pipe (inside the lazarette).

Here’s an image of what the bow platform looked like once the fiberglass lay up kicked: Image showing the bow platform after the fiberglass has kicked. Some fiberglass on the edges needs to be trimmed, then a few gaps along the edge of the platform filled with thickened glass.

Since I’ve just finished installing the toe rail and bow platform, I’m now able to finalize the placement of cleats on deck.  Maybe I’ll be placing the backing blocks for the various cleats before next summer!