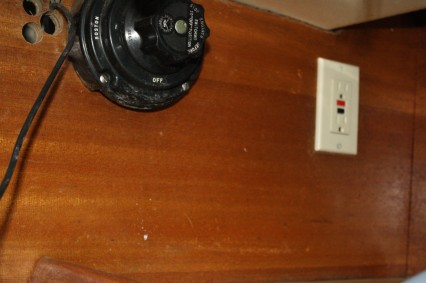 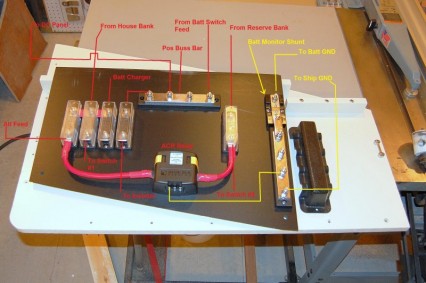 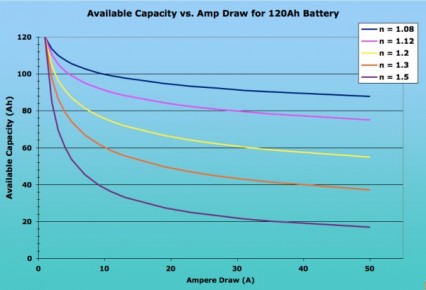 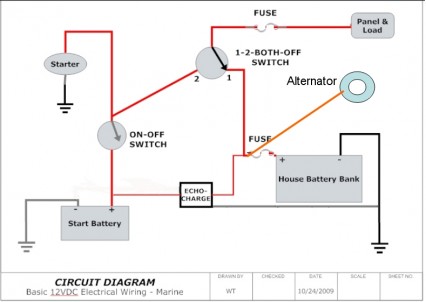 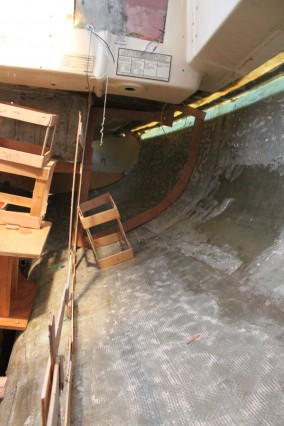 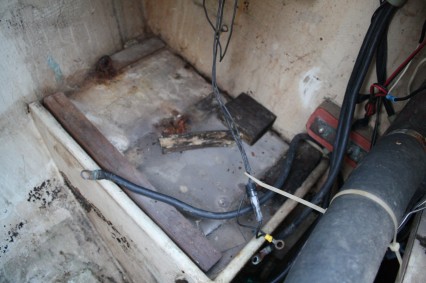 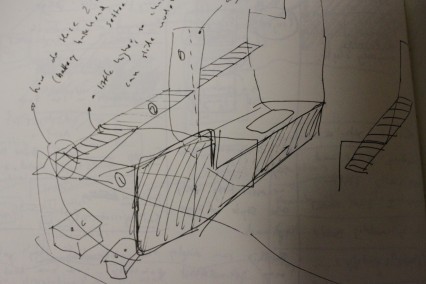 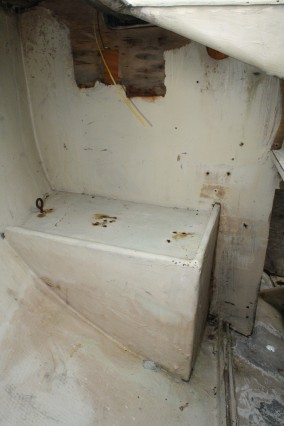 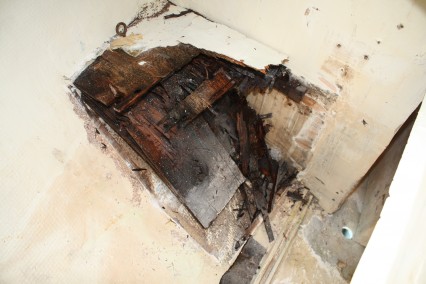 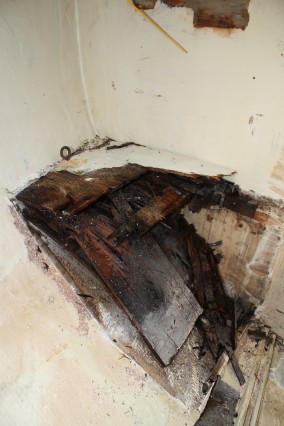 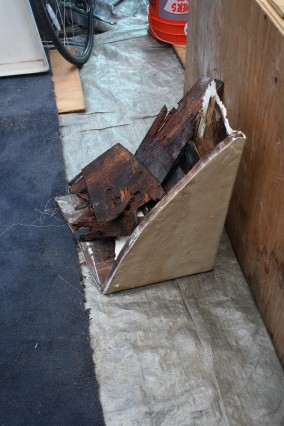 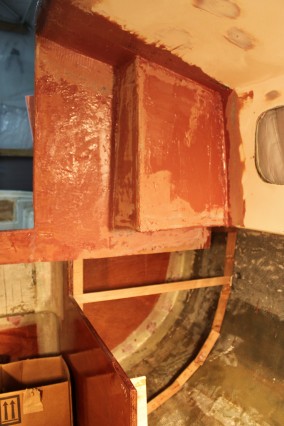 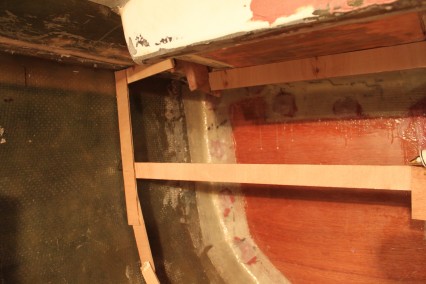 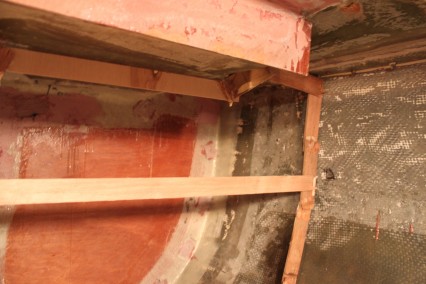 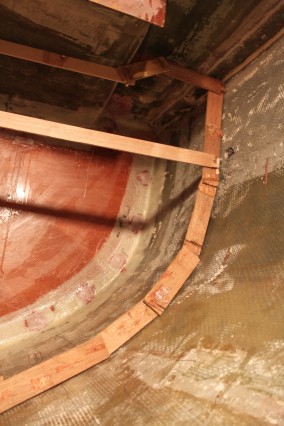 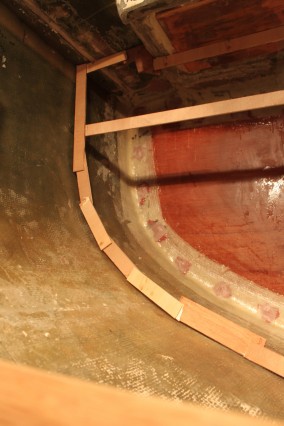 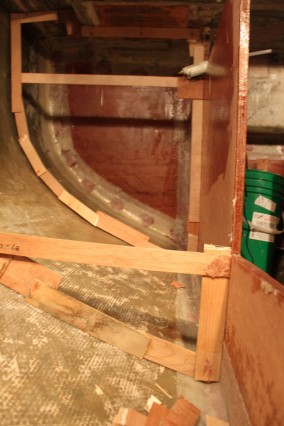 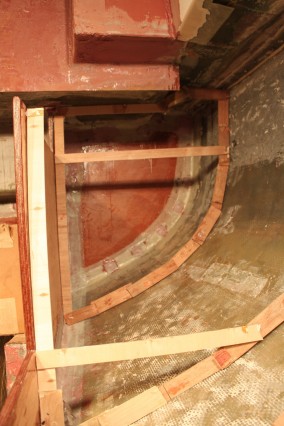 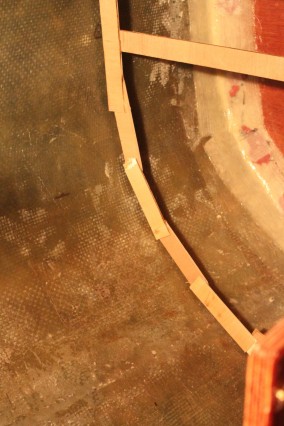 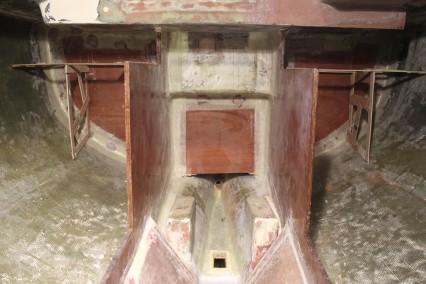 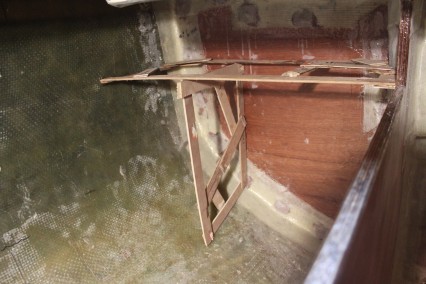 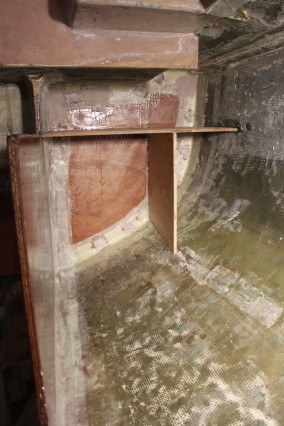 I’ve added a few new images of the battery compartment today.  At this point, I’ve actually already glassed in the main battery compartment pieces which will form the battery compartment (in the lower quadrant), as well as the galley/nav-station stowage lockers (the upper and outboard areas).  Likely I won’t be adding much more to these areas in the too near future, because I am shifting my focus to the exterior of the boat for the time being, however it’s great to have the basic framework in.

Another good thing about waiting to move too much more forward on this area is that it will give me more time to think about how I exactly what this to all come together.  The construction of the battery compartment face and surrounding lockers will set the tone of stowage for the settee, galley and nav-station.  The reason for this is because the two lockers that are already framed out, are accessed by reaching over, around and under the galley and nav-station counters.  This means however I decide to fully flesh out these lockers, I will need to consider how the whole system works together. For a more accurate calculation, you need to modify the equation to account for the fact that most battery capacities are measured using higher currents than the 1 ampere draw that Peukert used. The folk at Smartgauge.co.uk have a good and comprehensive explanation on their site, with lots of examples. Thus, the equation would have to be re-written as (I x Hact / Cact)n x T = Hact, where Hact is the actual hour rating (i.e. over how many hours the battery was drawn down) and Cact is the available battery capacity (in amp-hours) at that draw. Most batteries’ storage capacity is published assuming a constant 20-hour draw, i.e. with Hact being 20. Assuming 20-hour ratings, the equation would thus simplify down to (I x 20 / C20)^n x T = 20.  Either way, the available current is dependent on the rate of discharge and the Peukert exponent for the battery. The closer the exponent is to 1 (one), the less the available capacity of a battery will be affected by fast discharges. Peukerts numbers are derived empirically and are usually available from manufacturers. They range from about 2 for some flooded batteries down to 1.05 for some AGM cells. The average peukerts exponent is 1.2 though the exact number depends on the battery construction and chemistry.The following image shows the dramatic impact of the Peukerts exponent on the available capacity of a 120Ah battery, depending on the ampere draw. As you can see, the lower the Peukerts Exponent, the lesser the effect on available capacity. Note the dramatic difference in Available Capacity between the average flooded cell (n = 1.20) and a deep cycle AGM (n = 1.08) with high-current applications.  (http://www.vonwentzel.net/Battery/00.Glossary/)