In April 2018, a Bristol 27 sailboat successfully completed a trip around Cape Horn. The sailboat is named “Steppin Out” and is captained by Daniel Bravo and crew.  Here’s a picture of this well traveled little boat: Here’s an image of the crew who made the journey: And here’s an image of the starting and […]

END_OF_DOCUMENT_TOKEN_TO_BE_REPLACED 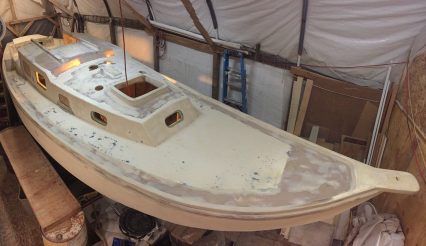 Happy to report that the duplex remodel described in this post is complete.  In a short time, I’ll be able to turn more attention back to boat construction. There’s still a lot of boat work to do and even with a huge task list, I know the boat has never been closer to being in […]

END_OF_DOCUMENT_TOKEN_TO_BE_REPLACED

The Cost of Cruising 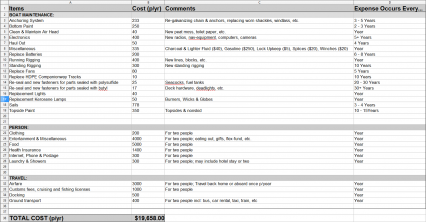 This post has been a long time coming and there’s much to say. If you don’t have much time, here’s the tl;dr (too long; didn’t read): Learned that money is an inescapable part of life; developed strategy to interweave this new fact into the boatbuilding and cruising dream If you do have time, this post […]